Cara De La Hoyde and Nathan Massey are officially engaged! The Love Island winners have announced their engagement after meeting over two years ago on the popular ITV2 dating show. 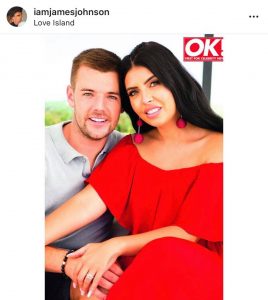 In true Love Island fashion, Nathan Massey decided to pop the question in the same villa in which the couple first met. Since winning the show back in 2016, the couple have had a roller coaster romance and embraced fame with both hands.

After the birth of their first child; Freddie – George De La Hoyde Massey in December 2017, fans have been eagerly awaiting the announcement of an engagement.

After rumours spreading like wildfire, the couple finally announced their engagement in July 2018.

Who Styled Cara De La Hoyde’s Hair For The Shoot? 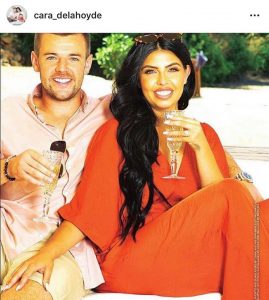 Her super long locks were gently waved into loose beachy waves, perfect for the couple’s surroundings!

Jade Ewen was the makeup mastermind behind Cara’s sunkissed makeup. The combination of beachy hair and understated makeup match Cara’s Love Island roots spectacularly. We think both Cara and Nathan look great and wish them nothing but happiness for the future!